St John Ambulance has appointed Martin Houghton-Brown as its next Chief Executive.

St John Ambulance has appointed Martin Houghton-Brown as its next Chief Executive. He will also be CEO of the parent charity The Priory of England & The Islands of the Order of St John.

Martin has spent the past five years as Chief Executive of Depaul UK, a charity that helps people who are homeless, vulnerable and disadvantaged. He steps down shortly as Chair of the National Council of YMCAs in England and Wales, was previously CEO at Missing People and a Deputy Director at the Children's Society.

Surgeon Rear Admiral Lionel Jarvis CBE, Prior and Chair of Trustees said: 'I am delighted that we have made this appointment and look forward to working closely with Martin. I am excited by the energy and enthusiasm that he will bring to this vital leadership role in our organisation.'

Martin Houghton-Brown said: 'I have been honoured to work for some of Britain’s finest charities. Joining St John Ambulance, one of the most significant volunteering charities in the nation, is a dream come true. I aspire to see volunteers increasing their role in building safe and healthy communities and I cannot think of a better place to realise that vision.'

He will take up his post on 1 January 2018, succeeding Sue Killen who left in September after 10 years' service. There will be a short period of transition under the leadership of David Springthorpe who currently holds the post of interim CEO. 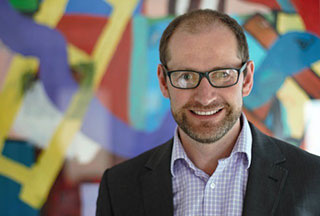