St John volunteers old and new are getting the jabs done

Friday 5 February: Less than four weeks after sending the first St John Ambulance volunteers into NHS vaccination centres, the charity’s frontline contribution to the fight against COVID-19 is in full swing.

Almost 5,000 volunteers are now administering injections and supporting people through the vaccination process as carers and advocates, with many more joining their ranks every day. 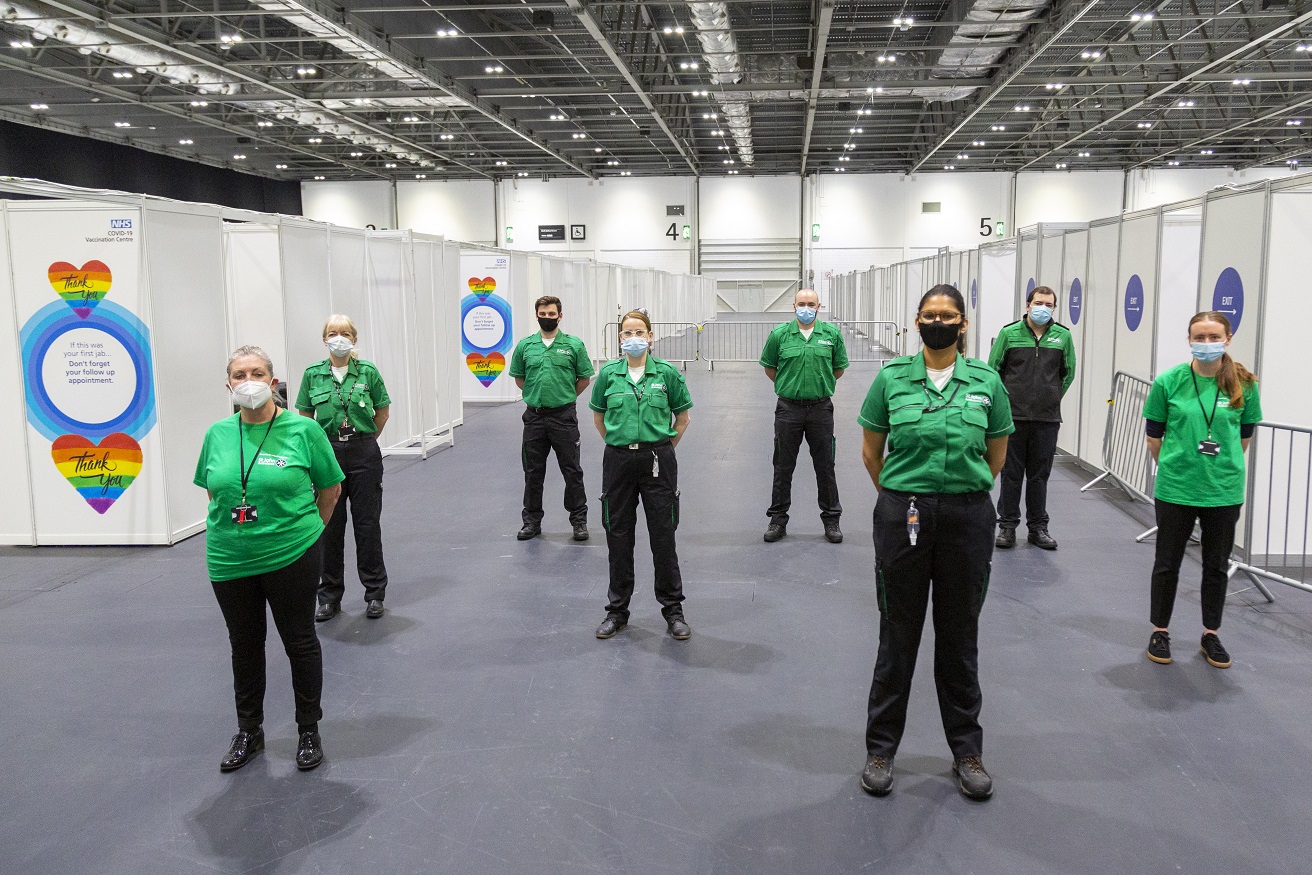 St John vaccination volunteers started work at the first seven vaccination centres when they opened on January 11. The current total is 28 and, as of next week (beginning Monday 8 February), teams will be active in 38 centres all over England.

To date, volunteers have given more than 15,000 hours of their time. Additional sites are going live each week and around 30,000 volunteers in three clinically-trained roles – vaccinators, care volunteers and patient advocates – will eventually work alongside the NHS in up to 100 vaccination centres.

Thousands more volunteers are being interviewed and trained daily; in addition to St John Ambulance’s established training venues, ‘hypercentres’ have been created in hotels, universities, football stadiums and other locations, so the charity can train large groups of people at the same time.

Existing groups of St John Ambulance volunteers have been bolstered by recruitment from people the charity have trained in first aid, along with thousands of NHS Volunteer Responders from RVS.

Other partnerships delivering extra volunteers include the British Red Cross, other charities, fire services and many businesses that St John works with as a training provider.

Recruitment began just three months ago, with training starting in December, and support for St John Ambulance’s response to the NHS COVID-19 vaccination programme has been overwhelming.

Expressions of interest in becoming a vaccination volunteer have been paused today (Friday 5 February), but the charity is now working hard to get thousands of applicants interviewed, trained and ready to deploy by March 31, ready to carry on delivering vaccinations through to the end of June 2021.