May 24, 2022: St John Ambulance hopes more lives will be saved, and London’s communities made safer, thanks to the installation of new Public Access Trauma (PAcT) First Aid Kits at one of the city's largest venues, London Stadium. 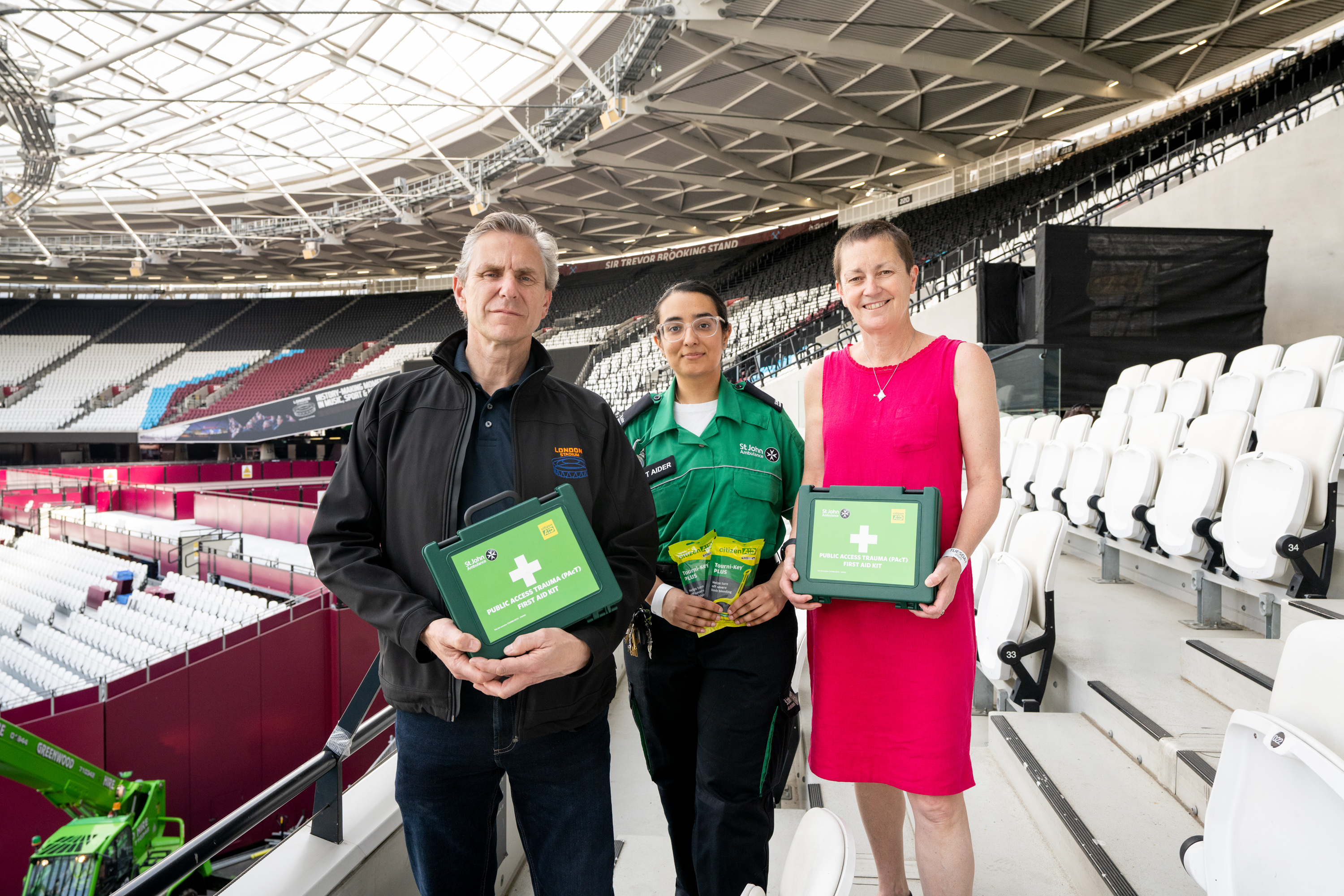 London’s Major Trauma System treats over 12,000 people each year, the majority of these are caused by stabbings, road traffic collisions, falls and tragically sometimes, terror attacks.

When someone is traumatically injured, those first few moments are crucial in helping to save a life – and applying pressure, or using a tourniquet, and calling 999 can help increase that person's chance of survival.

The first aid and health response charity has partnered with London Stadium, home to West Ham Football Club, to help give fans, visitors, and its surrounding communities easy access to first aid tools if needed in an emergency.

The kits, which are installed at key locations across the venue and in areas of major footfall, include military-grade wound dressings, tourniquets and other vital components, as well as simple written and visual instructions about how to use them. St John Ambulance first aiders have also provided training to Stadium staff on how to use the kits.

Created by experts in medicine, first aid, counter terrorism policing, and citizenAID, the kits are designed for public places, such as arenas, football stadiums and railway stations.

St John Ambulance’s Medical Director, Dr Lynn Thomas said: “The PAcT First Aid kits provide vital tools that could be the difference between life and death for someone who has been seriously hurt or injured.

“I welcome the London Stadium taking the initiative to install PAcT kits in their grounds and empowering their visitors to help respond in the immediate aftermath of an incident.

“It is very much my ambition that in the longer-term the PAcT First Aid kits will become as commonplace and widely accepted as public access defibrillators.”

London Stadium is leading the way as one of the first large scale venues to do so. Peter Swordy, Director of Health, Safety and Compliance, said: “We are delighted to introduce PAcT kits to London Stadium as part of our first aid emergency inventory. The addition can only add to the safety of our venue for visitors at football matches and across our multi event calendar. We are grateful to St John Ambulance for the training on this equipment.”

The charity hopes the introduction of these kits in public places will help increase traumatic injury survival rates and give people the confidence to act and deliver first aid before the arrival of emergency services.