Logan was only 10 years old when he awoke to find his Grandad in severe pain.

Asking his grandma to dial 999, Logan loosened his grandad’s clothing and seated him as close to the ‘W’ position as he could get. When the ambulance crew arrived, Logan gave as much information about his grandad as he could. Logan’s grandad has recovered well after emergency cardiac surgery.

Logan’s family are forever grateful for his decisive actions and for the first aid skills he learned in Cadets. 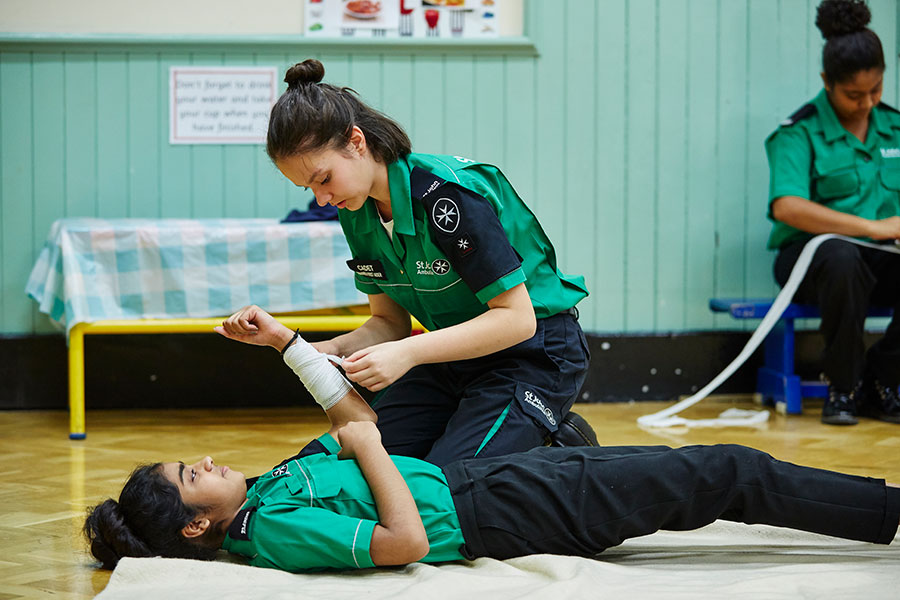 Raisa delivers a training session on severe bleeding to her peers.

Helping our volunteers deliver first aid at only 17 years old.

"It's hard to cry when you're wearing a surgical mask."

Hannah tells us how sometimes the biggest difference our volunteers make is providing comfort for patients, even in their darkest moments.