A normal day at work took a dramatic turn for 22-year-old St John Ambulance volunteer Flora Streeter, who stepped in to give her colleague life saving CPR during a lunchbreak.

A normal day at work took a dramatic turn for 22-year-old St John Ambulance volunteer Flora Streeter, who stepped in to give her colleague life saving CPR during a lunch break.

She’s now been praised for her actions by Simon Lea, 62, as he returned to the office for the first time last week.

On Wednesday 30 October, Flora and Simon were working on the eighth floor of Capital Tower, Lambeth, when Simon started to feel ill.

Flora, who’s been a St John Ambulance volunteer since she was 13 and is trained in first aid, spotted Simon was looking poorly as he returned to his desk with a coffee.

“I happened to turn around and I could see Simon was looking very pale, which was odd as he’d just come back from holiday. I went over and found he was very sweaty, so I asked him if he was feeling OK. He said he was feeling very weird and had chest pain; knowing he’d had a heart attack several years ago, I explained I was going to call an ambulance for him.”

Within minutes, London Ambulance Service paramedics and a first responder had arrived. They ran checks and confirmed he was having a heart attack. His condition was stable, so Simon was taken on a chair down to the ground floor. Due to the size of the lifts, Flora and the LAS first responder travelled down with Simon in one, and the other paramedics followed in the other. As Simon reached the ground floor he suddenly went into cardiac arrest.

Flora, who volunteers at St John’s Leytonstone Unit, but started with St John at her local unit close to home in Bromsgrove, Worcestershire, said: “I’d left the lift to open the barriers at the main door, when I heard the LAS first responder shouting for me. Simon had gone into cardiac arrest. We moved him onto the floor; I started the first round of CPR and the LAS responder used the defibrillator to shock his heart back into a rhythm. I was half way through the second round of CPR when Simon came around.” 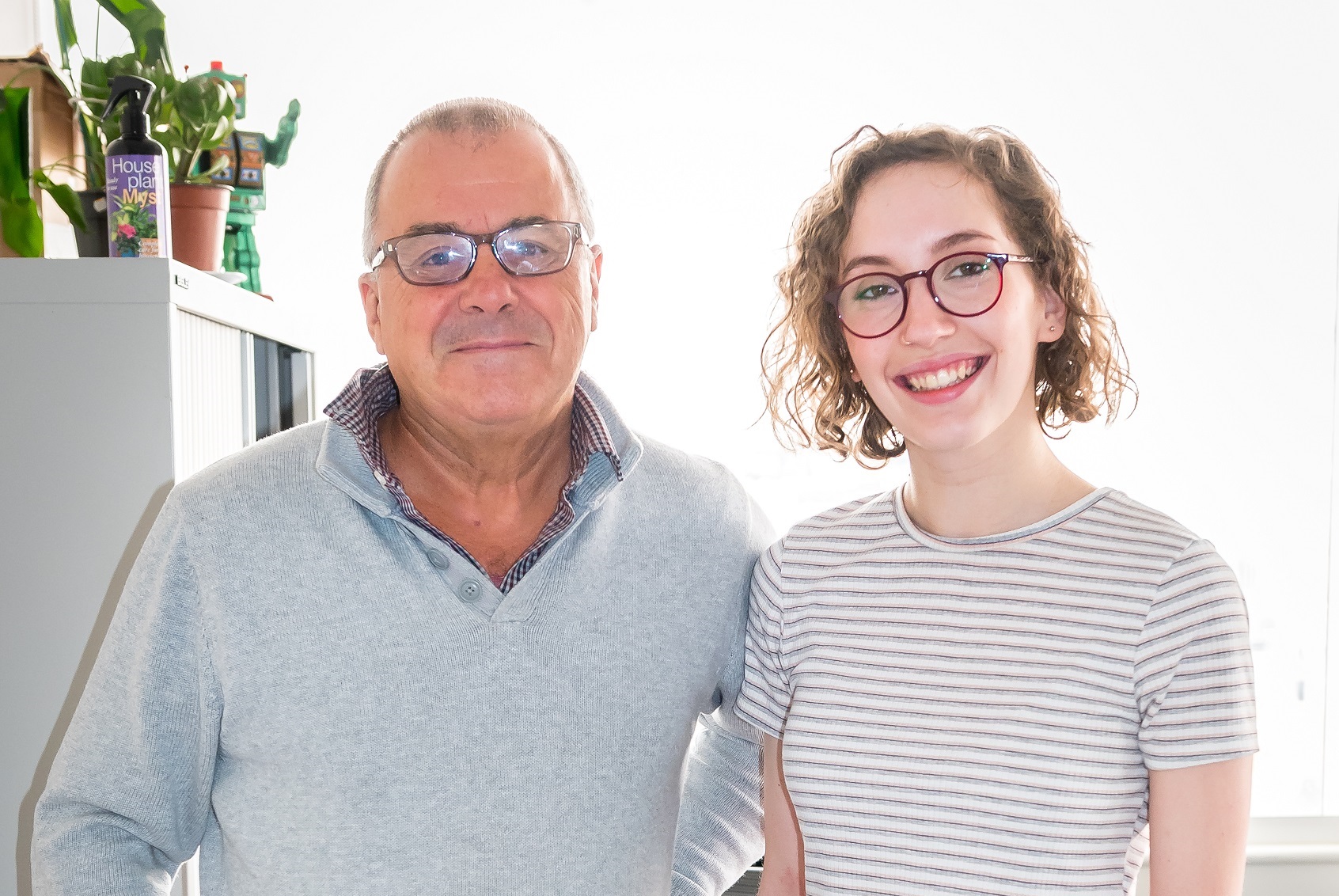 Simon was taken to St Thomas’ Hospital, which is within a two-minute drive of his office. Within 10 minutes he was having a stent fitted for a blocked artery, and the next day he welcomed Flora as she visited him in hospital.

Simon, who often works from home near Leith Hill, Surrey, said: “I consider myself to be very lucky. If this had happened the week before I would have been in the middle of a 200km bike ride in Cuba in the middle of nowhere. I was very fortunate to be where I was when this happened, and to have Flora there to recognise I was having a heart attack and dial 999 immediately, and then to help save my life along with the amazing LAS team. They, along with all the doctors and nurses at St Thomas’ were incredible and I’m extremely grateful for everything they’ve done for me.”

On Thursday 14 November, Simon returned to the office on the eighth floor of Capital Tower, just over two weeks since his cardiac arrest. He presented Flora with a cake and a donation to St John Ambulance to thank her for everything she did for him that day.

Flora added: “It’s wonderful to see Simon looking so well and to have him back at work. The training St John Ambulance has given me meant I was well prepared to help and kept calm when I realised he was having a heart attack. I just went into autopilot, giving instructions to my colleagues and calling an ambulance straight away. I’ve never had to give CPR before, but I knew what I had to do. First aid training gives you the skills and confidence to do the right thing when it matters.”

Currently, less than one in 10 people in the UK survives a cardiac arrest out of hospital. Chances of survival double when someone gives immediate CPR and significantly increases further when a defibrillator is used. Since Simon’s cardiac arrest, a defibrillator has been installed at the offices in Capital Tower.

Dr Lynn Thomas, St John Ambulance Medical Director, said: “Well done to Flora and we’re delighted to hear Simon has recovered so well. We hope this story inspires a community response to cardiac arrest emergencies. It is vital that as many people as possible learn how to deliver CPR and use a defibrillator because of the unpredictable nature of cardiac arrests. By ensuring more people have these skills and are not afraid to use them if they find someone who has collapsed and is not breathing, we can hopefully increase the number of people who survive an out of hospital cardiac arrest as more people will be able and willing to act.”