Luke Stevenson, 16, has been named as St John Ambulance’s national Cadet of the Year at the health and first aid charity’s annual competition.

Luke Stevenson, 16, has been named as St John Ambulance’s national Cadet of the Year at the health and first aid charity’s annual competition.

Luke was one of 34 young people vying for the title during the national event, at Sedgebrook Hall in Northamptonshire, over the weekend of February 21 to 23.

“This is a really big honour, which gives me an opportunity to serve an organisation that has given me so much,” Luke said. 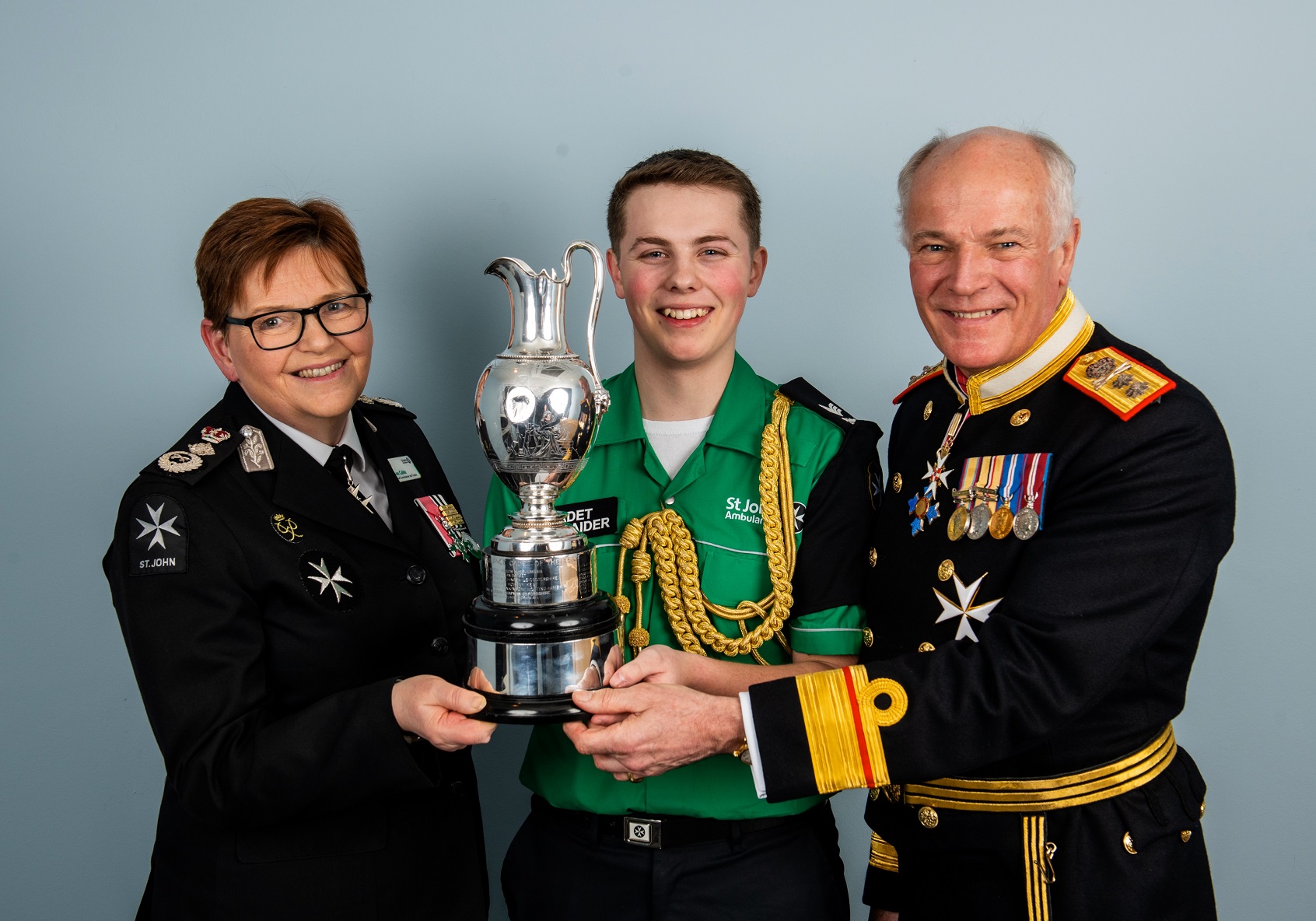 His first aid skills were among those tested during Cadet of the Year and Luke has already put them to good use, including being part of a team of other Cadets and adult first aiders in helping a woman who had a seizure.

From presentations and interviews, to group discussions and tasks Luke and his fellow cadets underwent a rigorous set of challenges.

“Our Cadet of the Year competition is always a highlight and this year’s event has reassured me that our charity’s future is very bright; huge congratulations to Luke for their success,” said St John Ambulance’s Chief Commissioner, Ann Cable, who led the team of assessors putting the cadets through their paces and joined Surgeon Rear Admiral Lionel Jarvis, Prior of The Order of St John’s Priory of England and the Islands to present the awards.

“Luke is a worthy winner. As well as being positive and passionate about our charity and serving the community, he is easy to talk to and has a great sense of humour. He’ll be a fabulous ambassador for St John Ambulance,” Ann added.

Hana Oya-Knight from Northern Ireland was named the Commanderies Cadet of the Year and Hannah Gillott (London & South) won the Miller First Aid Trophy as the highest scoring Cadet in the first aid assessments.

Luke and his fellow Cadets of the Year will now represent St John Ambulance at ceremonial occasions throughout 2020, including the St John’s Day event at St Paul’s Cathedral on Saturday June 20.

And they will meet HRH The Princess Royal – the charity’s Commandant in Chief, Youth – at the annual Young Achievers reception, later in the year.

The cadets also have a key role in making sure the voices of young volunteers are heard at the highest level in St John.

St John’s chief executive, Martin Houghton-Brown said: “What an inspiring group of young people – all focused on the difference they can make in their communities.

“Each of the cadets demonstrated how being a member of the St John family has helped them gain confidence, plus the courage to act in times of crisis.

“I am proud of them all and look forward to working with them.”

The charity has exciting plans to improve, extend and invest in its offer to 7 to 25-year-olds via its Badger (7 to 10) and Cadet (11 to 17) programmes and university groups, plus new projects over the next three years.