On her way into Telford city centre for some shopping, Lynne was sitting in a taxi when the van behind her crashed into the wall of the shopping centre. Find out how she used her first aid skills to save a life.

Ask Me How I Saved A Life - Lynne's Story (video)

"Just before Christmas 2020, I was asked by St John if I’d like to train as a volunteer vaccinator. Along with the vaccination training they run a refresher on lifesaving first aid skills. Little did I realise that a few weeks later I would be needing them for real." 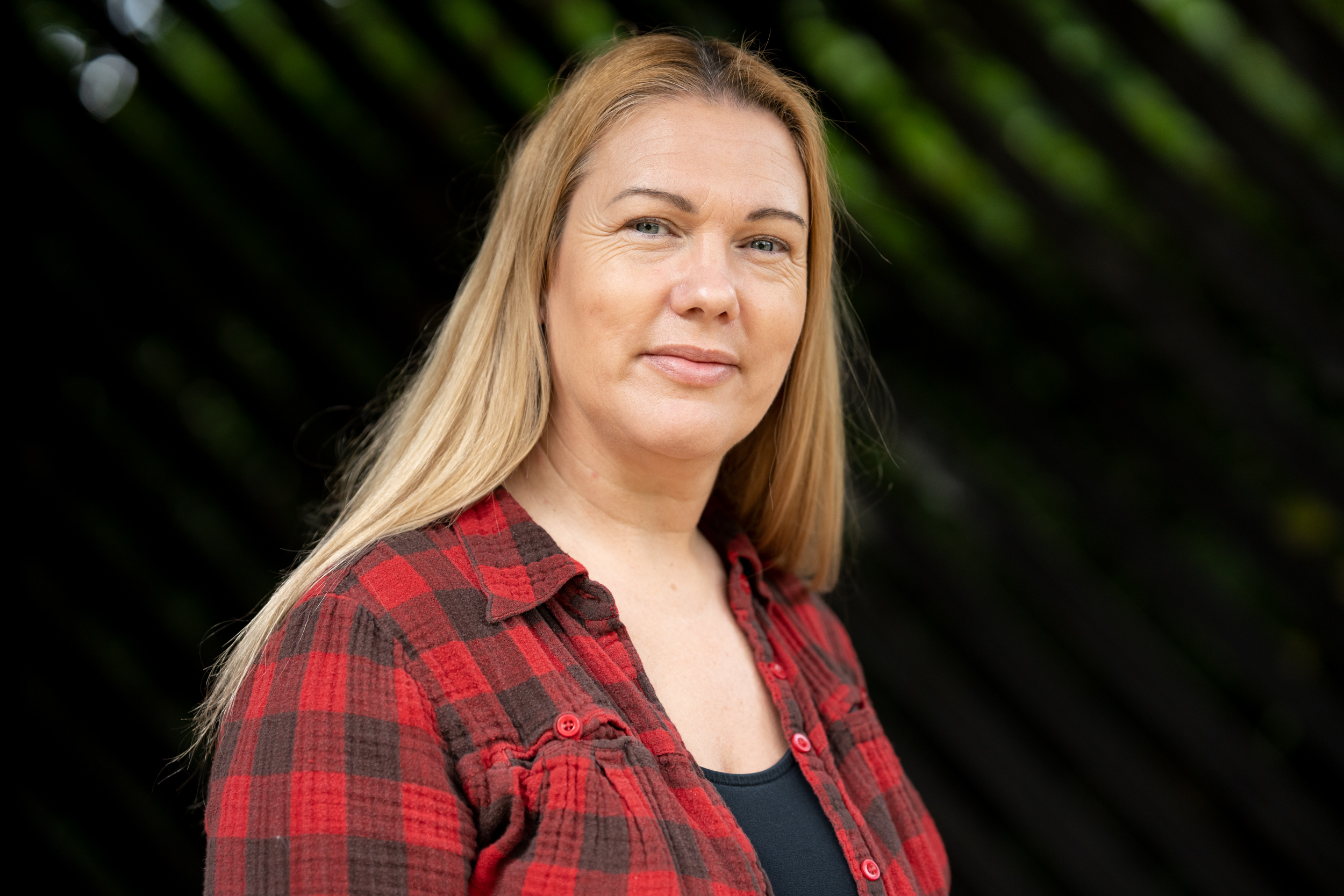 It was March, a few weeks after my training and I was in a taxi on the way to Telford town centre, when the van next to us ploughed into the wall of the shopping centre.

I realised this was more than just a traffic accident as the van didn’t brake before hitting the wall.

Jumping out of the taxi, I rushed over to find 59-year-old van driver Steve slumped inside with serious head injuries.

The driver’s side was wedged against the wall, so I climbed into the van on the passenger side, shouting at a woman passer-by to call 999. Both the air bags had inflated and one of them was glowing orange and smouldering. Someone was shouting at me that I needed to get out in case the van burst into flames.”

Steve was still breathing and I didn’t want to move him in case he had neck and spinal injuries. But then I realised he was not breathing normally and soon after he lost consciousness. I knew I had to get him out and told myself out loud that it was a case of life over limb.”

I’m only 5 feet 2 inches but managed to pull Steve towards the door of van, getting passers-by to help me down with him and lie him on the pavement.

‘At that point it was obvious he’d stopped breathing so I unzipped his jacket and started chest compressions.’

The fact that I’d done the first aid training as part of the St John vaccinator course in February definitely helped. It was as if I was on auto-pilot – there was no time for hesitation, so I just did what I’d been taught.

A town centre security guard arrived, so I asked him to radio for a defibrillator.

I continued with the CPR while the guard used the defibrillator to deliver shocks to Steve’s heart. After two shocks were delivered, Steve regained consciousness.

The ambulance paramedics and a police officer arrived on scene and took Steve into New Cross Hospital in Wolverhampton where he was fitted with an ICD which helps regulate abnormal heart rhythms.

After the ambulance left, Lynne phoned his company to tell them what had happened, using contact details she found in his van.

“I don’t remember anything about what happened and I have no memory of Lynne, but I’ll always be grateful to her and for the fact that she had those skills which meant she knew exactly what to do when it mattered most."

‘I feel proud really, that I had those skills and was able to put them to good use’

Lynne works as a civil servant with the Department for Work and Pensions. She’s a workplace first aider and did her requalification refresher course with St John two years ago.

Her employers allow staff unpaid leave to volunteer in the local community so Lynne applied to become a St John volunteer vaccinator. She has administered the vaccine at Telford International Centre and is now keen to volunteer as a patient advocate, supporting people in the lead-up to receiving their vaccine.

Learn how to save a life using CPR

how I brought someone back to life

We have a strong reputation for providing safe, flexible, and effective ambulance services wherever we work.