Ask us how we’re making nights out safer 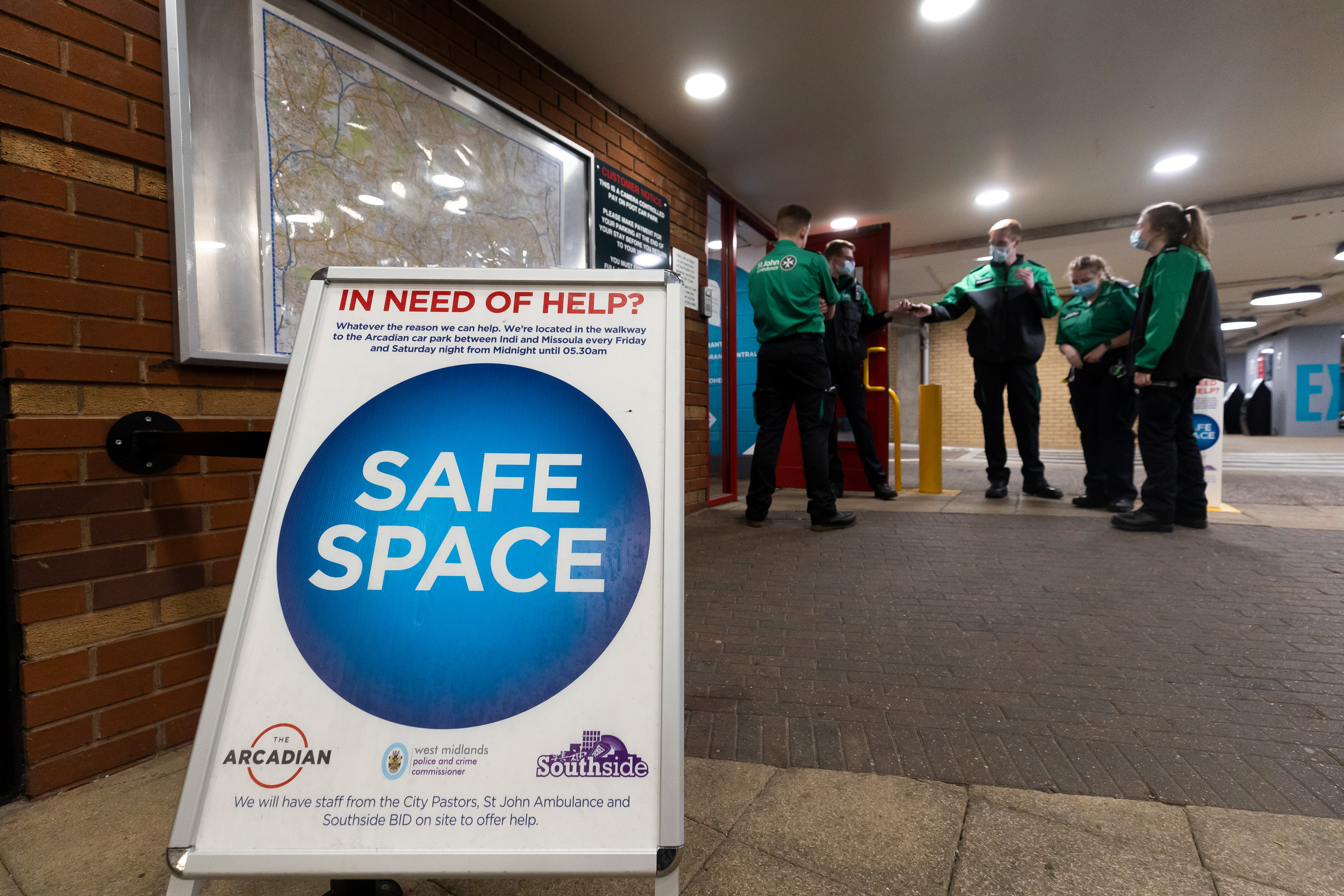 The health and first aid charity is building on the success of treatment centres in locations including Birmingham, Newcastle, Manchester and Norwich to introduce many more sites in the build up to the festive season.

The roll-out of new provision in cities such as Leeds and Nottingham comes as figures from the National Police Chiefs Council (NPCC) reveal that 274 incidents of injection spiking alone were reported over the last two months.

“Having highly-trained first aiders and healthcare professionals on hand, close to pubs and clubs, means treatment is available when people need it most.

“Concerns around the rise in spikings is one of the reasons we’re accelerating the rollout of our support for safer nights out across England.

“Our volunteers can care for anyone who’s worse for wear, sick or injured, and take people to the Emergency Department if they need that, but we also relieve support on health services by preventing unnecessary hospital admissions.

“More than that, we can signpost to other services, provide some much-needed TLC and – importantly - provide safe spaces for anyone vulnerable to wait for transportation home rather than leaving them waiting on dark streets.”

St John Ambulance has also provided information to look out for in relation to the increasing reports of spiking incidents in pubs and clubs.

Dr Lynn Thomas, Medical Director at the charity, advises revellers to look out for loss of balance, fatigue, lowering of inhibitions, visual problems, confusion, vomiting and unconsciousness as signs that someone may have been spiked.

And St John Ambulance has practical advice on how to avoid being spiked, plus what to do if you think you or one of your friends has fallen victim to a spiking incident:

How to avoid being spiked:

What to do when you think you or someone else has been spiked:

St John Ambulance first aid provision to make nights out safer aims to reduce demand on frontline NHS services by providing healthcare and treating patients on the spot. The charity expects to be active in more than 40 locations by the end of 2021.

Meanwhile, a survey commissioned by St John shows people are more likely to recognise the charity for providing first aid at football matches than in delivering crucial emergency services supporting the night-time economy.

When asked where they would seek help if someone was injured or fell ill on a night out, most people (67%) said they would turn to the NHS. 44% would rely on bar, club or restaurant staff, 43% would lean on their friends and 40% ask the police.

Ask me how I saved a man who’d been stabbed

27-year-old Shola McLeod from Manchester, experienced first-hand the risks to young people on nights out, and her experience has made her a powerful advocate for learning lifesaving first aid.

While other people ran and panicked, Shola stopped to help a young man who had been stabbed on a night out in Manchester. Remembering her St John Ambulance first aid training, she used a security guard’s jacket to stem the bleeding, then cared for the injured man and waited until an ambulance arrived to take him to hospital.

Shola’s story is among those featured in St John Ambulance’s Ask Me campaign. Find out more at: www.sja.org.uk